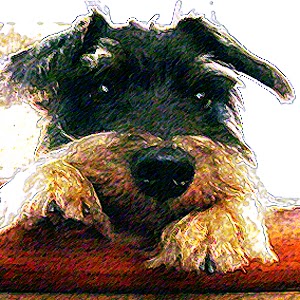 Let me start off by enumerating some things that you a dog owner might be doing to inadvertently teach your puppy or dog to be anxious when left alone:

1. You don’t train for alone time
2. You don’t exercise your dog before you leave
3. You don’t give him anything to do while you are away
4. You ceremoniously announce all your departures and arrivals to your puppy

Sound like you? Hopefully not. Combine all four of the items in the list above and you will surely create a dog whose heart starts to pound the moment you pick up your bag or your keys to the car. You will have a dog who will exhibit one or more stress signs such as refusal to eat, hypersalivation, sweaty paws, uncontrollable bowel and bladder movements and extreme fur shedding. You will have a dog who will be barking, howling or crying incessantly; who will destroy all manner of footwear and furniture while you are gone and who just might get himself hurt in the process, or he might even self-mutilate while you are away.

These, of course, are the very extremes of a dog with separation anxiety. Many times it all starts out with seemingly harmless behaviors that we think are adorable and that we unwittingly encourage, until they escalate to a point where we have created a dog who loses all confidence the very instance he is separated from his family: We think it’s kinda cute when our puppy starts to cry and whine when he notices we are about to leave. We talk to him, comfort him with words he doesn’t understand then exit the house. The cries get louder and it breaks our heart to hear him in such distress, so we quickly go inside the house again and tell the puppy “It’s ok, little puppy, it’s ok! I’ll be back!” Again, we turn our back on the pup and exit through the door, determined this time to get in the car and leave despite the heart wrenching cries we hear as we go. Some puppies will not suffer too badly from repetitions of this routine and can learn to become calm and will simply sleep or keep themselves occupied once you are gone (hopefully, not at the expense of your favorite shoes) and grow confident about the fact that you will eventually return. But others will become conditioned to worry about nothing else, and with time will grow increasingly anxious – not to mention extremely destructive – when left behind. To be sure your puppy doesn’t turn into the latter, I recommend a more pro-active approach to prevent separation anxiety and to help your dog grow up not thinking that the world is near its end every time you go:

1. Exhaust your puppy mentally and/or physically before you leave him alone.
First of all, get into the habit of exhausting your young dog physically and mentally before you leave. If that means waking up a few minutes earlier, then do so. I’ve always been of the opinion that if the choice to have a new dog was yours, then it is your responsibility to feed him, bathe him, walk him and train him – even if you have the benefit of an army of yayas and relatives at your disposal. Therefore, be responsible and accept the fact that from now on you will be waking up an hour earlier to accommodate your dog’s needs in your schedule. It would be completely unfair to your pup if all you do with him in the morning is take him out to potty and feed him and then stuff him back in his crate. Take a few minutes to play or train – 5-10 minutes of some simple obedience exercises sandwiched in between games of chase or fetch or hide-and-seek can be enough to help him settle down for at least a few hours after you depart. It is a good idea to end the interaction by presenting him with a stuffed chewtoy (such as a tasty breakfast Kong) which he can occupy himself with as you leave.

2. Train for alone time
Crate training and chewtoy training are an integral part of alone-time training. First, you want to make sure your puppy is used to being confined to a crate. For more on Crate Training, READ THIS. Second, put away the food bowl and teach your puppy to get his meal by working on a stuffed chewtoy. For this, you will want to supervise him first to check that his chewtoy is appropriately sized and to make sure he gets the hang of what a stuffed chewtoy is all about. During times when you are at home with your puppy, confine him to his crate with his favorite chewtoys (after he’s been to potty and has had a chance to play and exercise as described earlier) and practice increasingly longer periods of confinement. Also get him used to being confined in a separate room where you are out of view. Once in a while, and if he’s calm, approach and give him some treats in his crate. Never approach his crate or let him out if he is whining, crying or pawing at the crate door. If he does this, wait for the lull and only then approach his crate. That way you are not rewarding or reinforcing the crying and pawing with your attention.

You can also practice short departures out of the house: Leave your puppy in his long-term confinement area with a chewtoy and step outside for a few minutes. Calmly re-enter the house and don’t pay attention to your puppy if he is calm and chewing on his toy. As with the crate, you can practice increasingly longer periods of leaving like this.

3. Always leave your puppy with chewtoys to occupy him while your away
As mentioned, during any alone-time your puppy should be kept in his confinement area and be provided with appropriately sized stuffed chewtoys or interactive toys to keep him busy and to help him settle down. For more on Chewtoy Stuffing, READ THIS.

4. Practice calm departures and arrivals. Try changing up your routine.
Ceremonious departures signal to your dog that you are about to leave. Some puppies will be fine with this and understand that you are coming back. But puppies that are particularly attached to their owners, and also highly energetic puppies that have difficulty settling down can pick up on your signals and have their anxieties triggered by watching you go through your morning ritual. When you are ready to leave the house, do it calmly – no need to sneak out like a thief. If you practiced alone-time and set-up all of the above as described your puppy should have no trouble settling down. It’s ok to go on your way even if your puppy does start to cry. But if you really must check on him to be sure he’s safe in his confinement area, wait for a lull in his crying before you step back in, then leave calmly as before and remember to practice alone-time a little bit more later when you come home.

In some cases, you may also want to once in a while change your morning routine so that the puppy isn’t able to predict that you are about to leave.

Be calm when you arrive home in the evenings. You can greet your puppy if he is also calm, but if he is overly excited I would suggest that you give attention to other things first – put down your bag, put away groceries, change your clothes – and then come back to interact with your pup. You may think it’s cruel to ignore a puppy that is extremely excited to come and greet you, but just keep in mind that what you are training for is calmness. You will appreciate this when one day you come home incredibly tired, arms loaded with bags of groceries or other things, and instead of bowling you over or scratching up your legs as he is greeting you, your dog approaches, wagging his tail excitedly but keeping all four paws on the ground.

Be on your puppy’s side and prepare him for being left alone. As much as it’s wonderful to be greeted by a dog who thinks his world can only go on when he is with you, consider the consequences of such extreme attachment when you and your dog are placed in a situation where separation becomes a necessity.